• The radioprogramme Celebrations has been nominated for the prestigious Prix Europa 2015, in the Radio Music category. All music is performed by Anne Kalmering & Stahlhammer Klezmer Classic. Anne has also been involved in the production.

• The radioprogram Zing! was recently broadcast in the Swedish Radio with 7 songs,  songtexts and translations on the webb Zing! a music serie in Swedish Radio

• With the interactive concert Tshiribim – A trip to Yiddishland, Anne Kalmering & Stahlhammer Classic has performed and met around 3000 schoolchildren. They will continue touring in Sweden with the concert 2015 – 2016 . 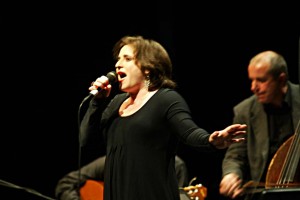